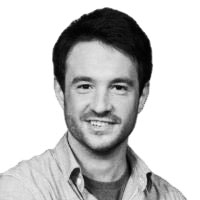 Nate is a former teacher from North Philadelphia; he earned his Masters in Education, Public Administration and the Science of Social Policy respectively, from the University of Pennsylvania. Nate has extensive experience as a consultant on state-wide policy initiatives as well as political campaign strategy and management. Before launching SmartTrack, he worked as both the Co-Founder and CEO of one DC-based startup and one Philadelphia-based startup working to solve inefficiencies in how people connect, organize and manage their resources. Nate has extensive experience in the social good startup space having consulted on several projects, as well as having actively participated in 22 different accelerators and incubators. Nate has written for the chronicle of social change and is currently serving on the board of Philadelphia's oldest and largest music school. Nate has experience running a National Trade Association focused on Healthcare Consumerism, an online social impact journal and has a long history of youth civic engagement having become a Truman Finalist and the campaign manager of a political campaign.